We're one of the cleanest energy companies in America, a feat we've achieved by being active stewards for natural resources like air and water.

For decades, NextEra Energy has been reducing emissions through the development of renewable energy and modernization of its generation fleet. The company’s goal is to reduce its carbon dioxide (CO2) emissions rate 67% by 2025, from a 2005 baseline. This equates to a nearly 40% reduction in absolute CO2 emissions, despite the company’s total expected electricity production almost doubling from 2005 to 2025. Working toward this goal, as of year-end 2020, NextEra Energy has reduced its CO2 rate by 57% and the absolute CO2 tons by 24% while our generation increased 75%. NextEra Energy expects to periodically update its CO2 emissions goal as it continues to execute on its strategy of being a leading clean energy infrastructure company.*

We have one of the lowest emissions profiles of any utility in North America. In 2020, our SO2, NOx and CO2 rates were 97%, 79% and 47% lower, respectively, than the U.S. electric power sector average.*

In 2020 alone, nearly 56 million tons of carbon dioxide were avoided thanks to our emissions-free wind, solar and nuclear power generation -- that's the equivalent of taking nearly 11 million cars off the road.

FPL operates a large clean vehicle fleet consisting of nearly 2,500 bio-diesel, hybrid, plug-in hybrid and electric vehicles that provided a more than 456,000 gallon reduction in petroleum use and avoided over 3,900 tons in CO2 emissions in 2020.*

Reducing emissions with a cleaner fleet

In 2020, 98% of the power produced by NextEra Energy's facilities was generated from a diverse mix of clean or renewable sources, including wind, solar, natural gas and nuclear. Along with NextEra Energy Resources being the world's largest generator of renewable energy from the wind and sun, FPL's investments in affordable clean energy infrastructure, which includes adding advanced technologies and phasing out older coal-fired and oil-burning power plants, has saved customers over $10.5 billion in fossil fuel costs and prevented nearly 150 million tons of CO2 emissions since 2001.

We are also greatly reducing our reliance on coal and oil -- in addition to shutting down two coal facilities within the past two years, we are planning to retire an additional coal facility by the end of 2020 and our ownership share in another unit by early 2022. FPL has also launched our groundbreaking '30-by-30' plan to install 30 million solar panels by 2030. As projected, FPL's solar outpaced coal and oil combined as a percentage of the company's energy mix in 2020.

NextEra Energy acquired Gulf Power in January 2019 and immediately began identifying investments to improve reliability and expand clean energy, while working to reduce costs for customers. The Blue Indigo Solar Energy Center, Gulf Power’s first solar development project, came online in early 2020. In 2020, we were able to complete the accelerated shut down of coal units at the Gulf Clean Energy Center, formerly Plant Crist. A new transmission line is being developed to connect the Gulf Power and FPL systems. As these investments come into service, Gulf Power’s CO2 emissions rate is expected to be reduced by approximately 30% in the first three years of NextEra Energy’s ownership.

Beyond our power generation, through innovation and support of new technologies, we are reducing emissions and encouraging customers to do the same.

Through our smart grid technology and emerging intelligent devices such as drones, robots and augmented reality, we're able to monitor and manage power issues without putting any service vehicles on the road.

FPL launched the largest community solar program in the United States. The FPL SolarTogether program will more than double the amount of community solar currently available in the U.S. and provide FPL customers the opportunity to cost-effectively support the growth of solar in Florida.

Water is critical for traditional forms of power generation, which use water to drive electric steam generators as well as to cool certain power plant equipment. To ensure sustainable access to this natural resource, we're active stewards for sourcing, using and managing water in the communities in which we operate. NextEra Energy operates power generation across the United States. Only one generation facility that uses water is located in a region of high or extremely high water stress in the United States, and this facility represents only 0.08% of our company’s total water consumption.

We continue to take measures to reduce our water consumption, including investing in both water-free power generation from wind and solar and in more efficient generation at our facilities that use steam turbines. 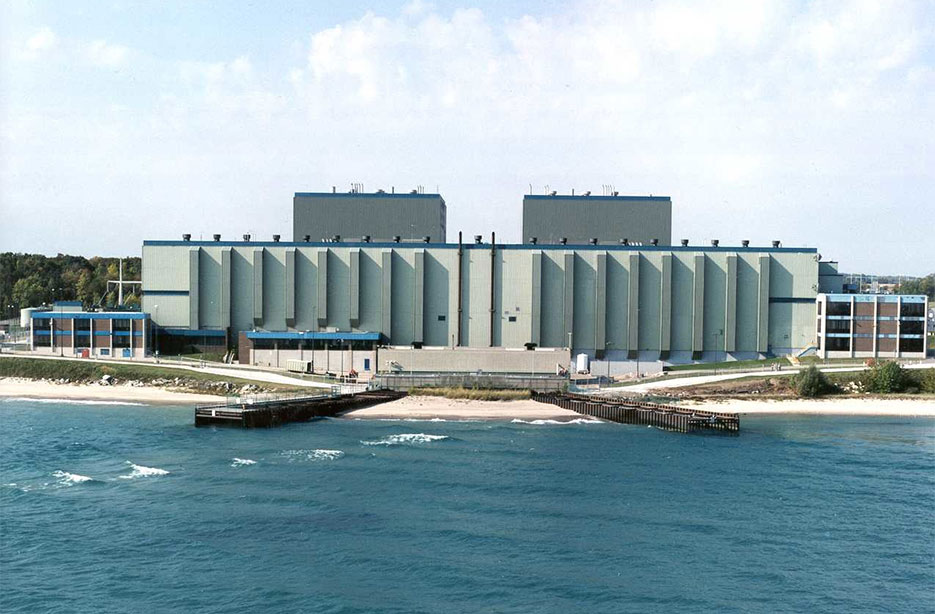 Just as water plays a critical role in the generation of reliable, affordable power, we understand the vital need to conserve and protect our water resources. We embed water conservation management strategies into our business planning and operational practices to lower costs and mitigate risks posed by water availability. We reduce consumption through efficiency, technology and operational improvements, including:

In addition, we have increased efficiencies at our facilities that use steam turbines to generate power. Importantly, nearly 99% of water withdrawn for use at our thermoelectric plants is withdrawn via a once-through cooling system and then returned to its original source. The remainder of the water withdrawn is reused or consumed through evaporation or deep well injection.

As in other areas of our operations, we adopt best practices for water management to minimize our environmental footprint while optimizing operational and financial performance. Existing facilities are constantly challenged to be innovative and efficient. For example:

*Calculation for biodiesel accounts for the life cycle of carbon, as established by Biodiesel.org.

*Please note that the environmental attributes of NextEra Energy's electric generating facilities have been or likely will be sold or transferred to third parties, who are solely entitled to the reporting rights and ownership of the environmental attributes, such as renewable energy credits, emissions reductions, offsets, allowances and the avoided emission of greenhouse gas emissions.